A septic tank (sometimes referred to as a cesspit) system is the most economical system for the disposal of foul waste water. A septic tank system would incorporate a tank of one or multiple chambers discharging to a soakaway. Brick and concrete built septic tanks should have T or dip pipes between chambers to help retain and settle solids. Some prefabricated fiberglass septic tanks have internal baffles to compartmentalize the tanks and retain solids within them.

A septic tank is designed to collect and retain the solid waste within the sewage and requires periodic emptying of solids (normally once a year for a single domestic property). Septic tanks rarely provide any additional treatment to the waste due to high water flows and high uses of detergents and disinfectants in the home. A modern septic tank is now considered to be little more than a settlement tank with the majority of the biological breakdown of the sewage occurring in the associated soakaway. A septic tank must always drain to a soakaway a discharge from a septic tank to a ditch, stream or river can result in prosecution from the Environment Agency. Installation of a septic tank must are regulated by Building Regulations (Approved Document H) and the Environment Agency.

If you are empting the tank other than on the routine basis because the drains are full of sewage this can be a sign that the soakaway and septic tank are not working correctly.

Blocked and Backed up Drains

This can be caused by poor quality drain runs or can be a sign that the soakaway is unable to discharge the volume of water produced from the home into the ground on a daily basis.

If the effluent cannot be discharged by the soakaway rapidly enough the effluent may leach out of manholes or leach to the surface giving a clear indication the system has failed.

This will allow solids to pass into the soakaway & cause it to silt up prematurely, reducing its efficiency & its working life. 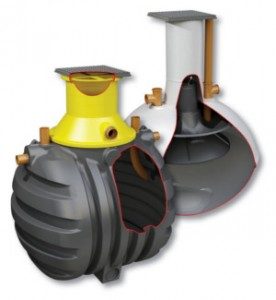 Environmental Drain Services have the expertise to survey and evaluate the specific requirements of any site to ensure the suitability of a septic tank system. Septic Tanks are routinely replaced by sewage treatment plant as modern, environmentally friendly and more effective way to dispose of your sewage and are favoured by Local Authorities and The Environment Agency.

we would love to hear from you